plastic, iron and prints on panels 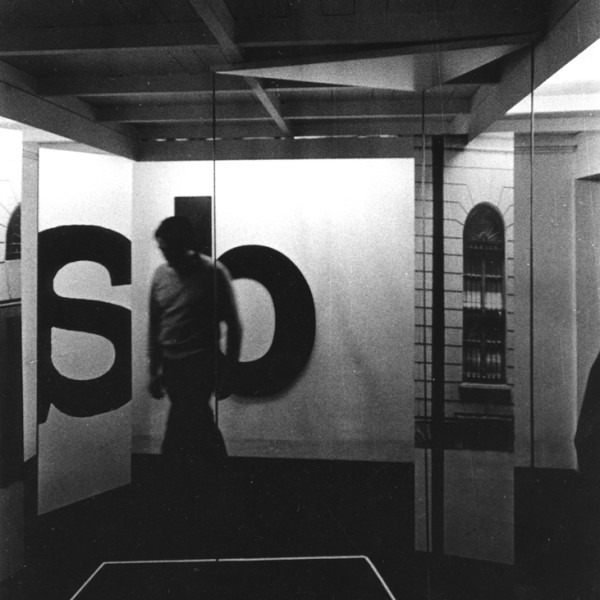 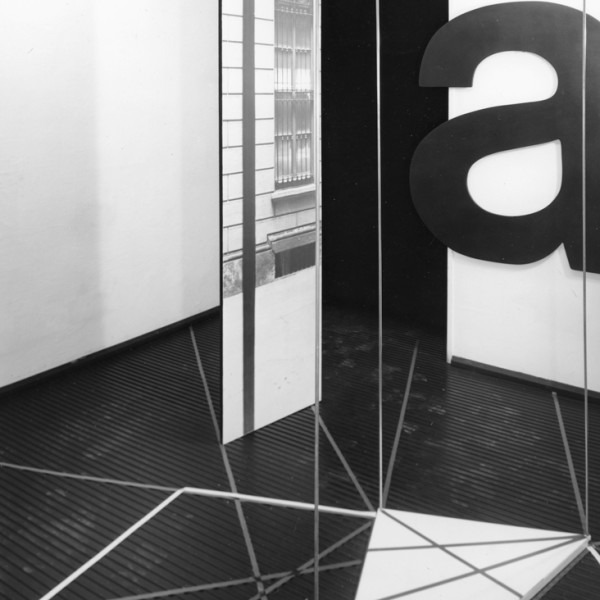 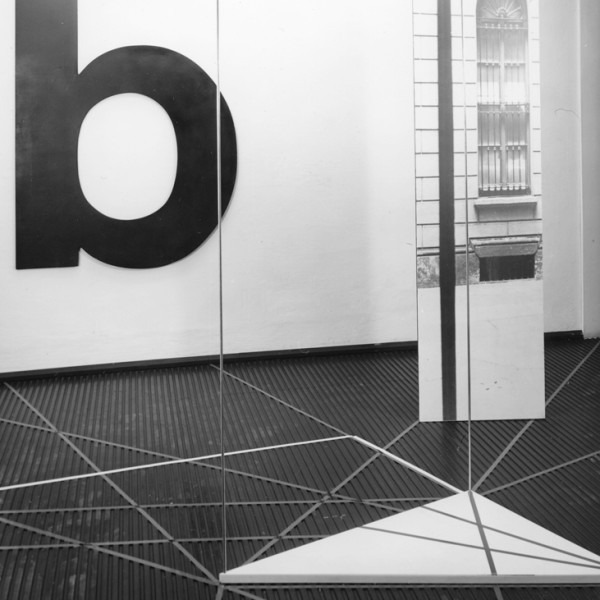 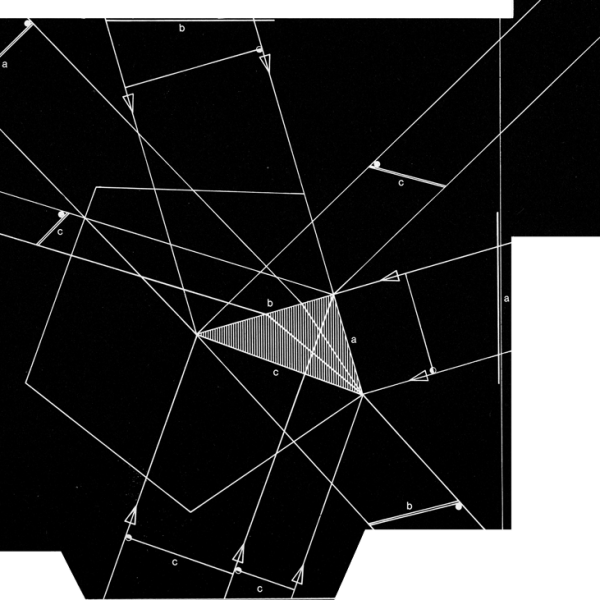 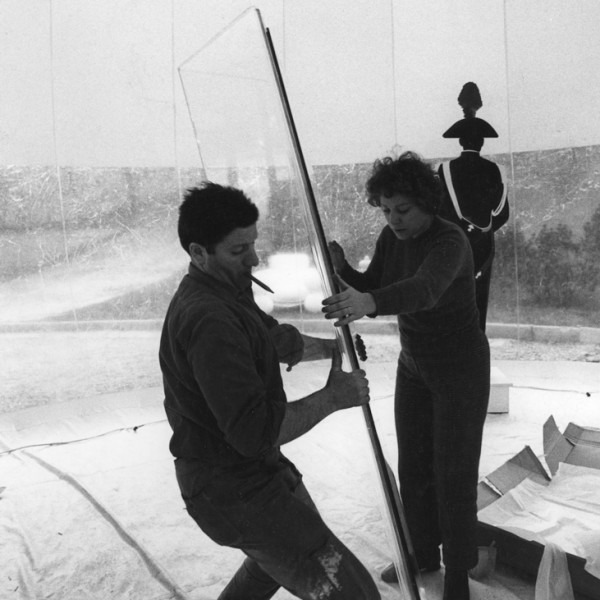 “I have been working with Perspex for some years now, cutting slabs in order to obtain prism shapes called TROPES by Vittorio Fagone, who liked the linguistic versatility of this word.

While using this technique, more than in shape as an outcome, I have always been interested in the angles I chose, as they created an imaginary, dynamic space for vision, with a defined range of possibilities outside which external images, refracted and reflected, got fragmented, causing a continuous break of real perceptual patterns in the environment. Hence, the need to reproduce the same object in larger size, not just as a ‘primary’ element, but in order to stress its potential activity in itself and on itself”. While studying how to achieve this, a task so far still impossible, I have produced a hypothesis of it: I present the volume of a large trope by tracing its angles with metallic wire. The triangular basis has angles of 90, 36, and 54 degrees, while the height is that of the ceiling. The photographic panels placed around it show the effects of refraction, which would be obtainable from points of view perpendicular to the three sides (the symmetry based on the 36-degree angle is indicated).

Images are: the courtyard with letters a and b in black-painted wood, chosen as landmarks (see calculations). Finally, I had to give up the effects of reflection in the tropes I haven’t been able to describe with a drawing”.