The project is helpful to raise funds to support the conservation of the Marsican bear by the association Salviamo l’Orso, it is aviable at this link. 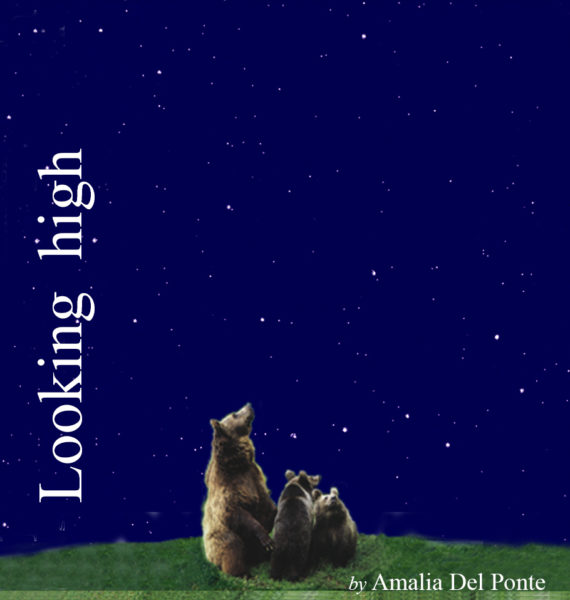 History and stories of Ursa

At the beginning of the CD, the sky changes color, and the stars appear slowly in a serene sky.

The gaze is pointed north, where we can detect Ursa Minor and the North Star (one of the seven stars of this constellation), around which all of the celestial sphere seems to rotate.

This fixed point, used for navigation for about four thousand years, is destined to leave us, as it will align itself with a different star.

For the early inhabitants of our world, looking at the sky must have been an essential experience: for thousands of years they projected onto it, as upon a huge background, images and personifications of their gods.

These shapes are imprinted in the world of archetypes, in the deep repertoire of imagination.

Reading myths from different areas of the Northern Hemisphere, one will notice shared elements, similarities and differences. One will be able to revisit the place where myths are set, to encounter, for instance, the eyes of the Saptarishi (the seven stars of the constellation), constantly watching over what happens on the Earth; as they once said: “…that something might happen is totally useless, but that something might happen and a gaze might seize it, that means everything”. Since the Pleistocene, men of different origins and cultures (the Mediterranean, China, Mexico, and so on) have used the sky at night as a boundless screen, projecting upon it images and personifications of their gods. Such imagery gave birth to the myths of the whole Northern Hemisphere, which the Romans called septentiones, from the seven stars of Ursa Minor.

The public will have an opportunity to access the historical and scientific heritage connected with the constellation and the instruments used to observe the sky from a remote past to nowadays. Information about the mythical animal, the bear, will also be available.

Several examples of the many complex symbolic and ritual links between man and bear within different cultures and at different times in the Northern Hemisphere. A work of analysis on mental paths followed at the dawn of history (by our ancestors) constitutes a moment of meditation on our upcoming future.

Man is forced to continuously reinvent himself through culture. Since we have had the extraordinary gift of conscience, we have been asking ourselves: where are we? The answers must then follow the same route as human thought and its fears.

Viewers will find descriptions of rites, archaeological remains proving the ritual function of this animal (bear-shaped vases, for instance), ceremonies and traditional celebrations that have survived until now.

Hymns and chants were a crucial part of ceremonies dedicated to bears. Sounds were generated by percussions, drums and lithophones.

It will be possible to hear those sounds, individual notes or very brief pieces. Deep, low sounds referred to feminine energy, while the high pitches of wind instruments were considered masculine attributes.